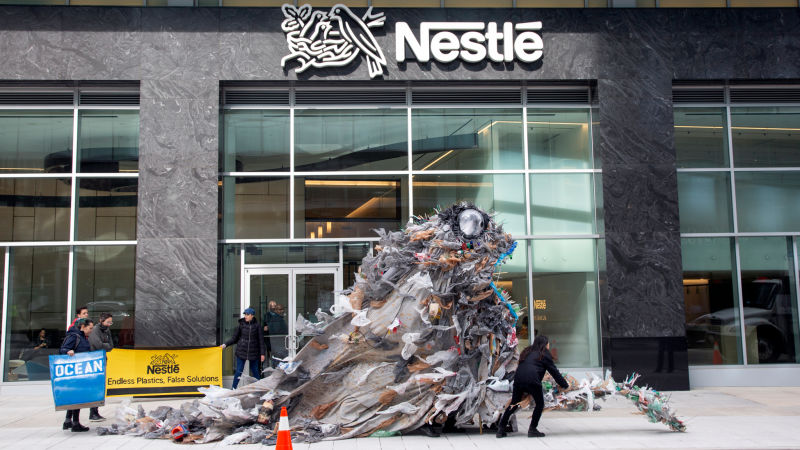 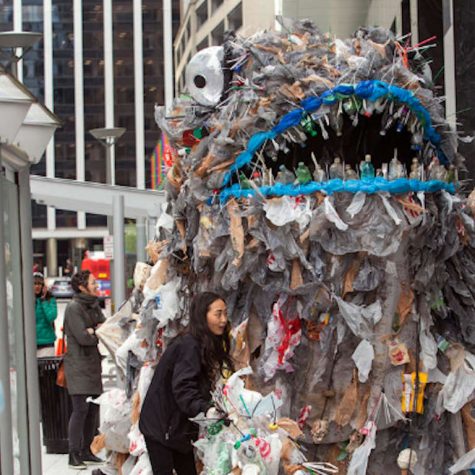 This April, Earth was invaded by giant monsters.
No joke. They were everywhere. With gnashing, bottle-like teeth, and tough hides of plastic, they stormed cities all over the globe.
On the 10th, they hit the Philippines. On the 16th, they turned heads in Kenya, Italy, Canada, and Switzerland. On the 19th, it was Switzerland again. The beasts refused to stop their rampage through the streets until they had reached their destination… their local Nestle offices?
Allow me to explain. Nestle is among the most prolific plastic-waste-creating corporations in the world, next to Coca-Cola and Pepsi. Just in time for the Earth Day season, Greenpeace launched an international protest against Nestle’s manufacturing of single-use plastic objects in a remarkably creative fashion: making giant monsters out of trash left over from Nestle products.
The culmination of the campaign was a march outside of Nestle’s International HQ in Switzerland, on April 19th.
Whether you care about the environment, or don’t believe that there even is such a thing as climate change, you’ve got to admit: this eye-catching series of hodgepodges is one to go into the protest hall of fame for its ingenuity and uniqueness.

You can watch videos of these marvels in action here and here.