IT’S FINE, EVERYTHING’S FINE (WEEP): THE MANY PHASES OF QUARANTINE 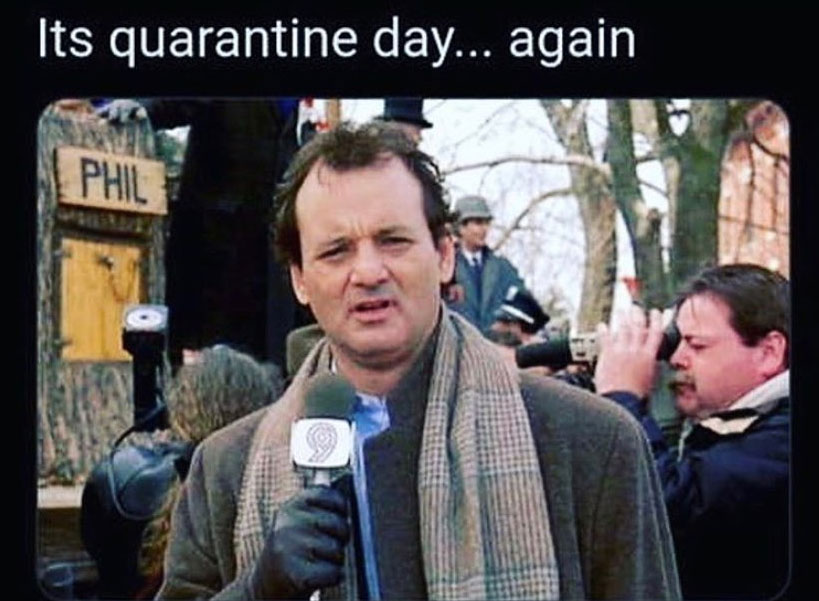 You know the five stages of grief, but do you know the four phases of quarantine? For six long months we were all stuck at home, and quarantine (whether we like it or not) brought something out in us.

The first phase is perhaps the most memorable stage of all quarantine. Who would have thought that toilet paper would cause people to go mad? I mean literally mad (like 2007 Britney Spears mad). If someone were to look up “toilet paper stabbing” on Google, they would find an alarming number of news articles dating back to March, all centered around extreme concerns about not being able to wipe.

If hoarding toilet paper wasn’t unhinged enough, grocery shopping was like being drafted for war. One unlucky soldier (love you, Mom) would leave the house early in the morning, all geared up and ready to go, and we would nervously wait at home not knowing when they’d return. I mean, people waited in Disney-ride-like lines for hours just to be able to enter a store. It looked like something out of The Walking Dead.

At one point, an audio message tweet went viral and we thought grocery stores were closing. All because we believed some random girl who said her friend’s uncle’s cousin knew someone who worked at a café in the Pentagon and overheard agents talk about it. No judgement to whoever retweeted and shared with all their friends and family, it was a sensitive time and we believed almost anything.

The second phase: Maybe this isn’t so bad

The second phase was filled with hopeful plans and promises of productivity. Something shifted in the atmosphere and people all the sudden had an overwhelming amount of optimism (yay, let’s flatten the curve!) and hobbies.

The newest thing was that people began to uncover their hidden talent of baking. They’d bake enough sourdough and banana bread to feed a town. Suffering from the consequences of all those baked goods, taking walks was rediscovered. Once the weather became warmer and being cooped up in the house all day was decidedly boring, people would take to the public parks and walking trails to get some fresh air and a glimpse of other people. At home workouts were all the rage (yes, I’m looking at you Chloe Ting) and health was top priority. Everyone wanted to have the best quarantine glow-up.

Families would undergo DIY’s to spice up their houses (and to get a change in view) and monthly resolutions would be made to keep everyone on track and productive.

The third phase: Hitting the wall

If this were the stages of grief, the third phase of quarantine would be depression. I think we all overestimated our ability to keep accomplishing tasks for months on end and became severely mentally and physically drained.

Most of us gave up on our daily, weekly, monthly goals, and instead decided to binge watch the entirety of That 70’s Show on Netflix. School was out and summer was in, but being unable to really leave the house to visit friends and family was sad. Unlike Phineas and Ferb, 104 days of summer vacation was not worth the hype (we had 172).

I don’t think we ever got out of the lump, just evolved into phase four.

Have you ever seen the 1993 movie Groundhog Day starring Bill Murray? In short, it’s about a weatherman who gets stuck repeating the same day over and over and over again until he learns the movie’s lesson. That is how I would describe the fourth phase, only MINUS THE LESSON!

At this point we’ve gone through the highs and lows that quarantine brought to us, and it’s become the new normal. Wake up, eat, sleep, repeat.

And yet, even if things seem pretty bleak right now, we should try to keep our heads up and think of some positives.

Luckily, we are back in school and things (however weird they may be) are starting to look up. I mean, we can see people who are outside our immediate family. Plus, masks cover half of our faces, so even if we wake up not looking our best, no one will know!